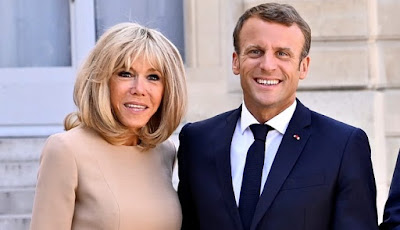 Brigitte Macron, the wife of French President Emmanuel Macron, on Monday says she will be returning to the classroom.

The former teacher would give regular French lessons at a school in a Parisian suburb.

Macron told newsmen she would be a bit nervous in comments at the opening of the school in Clichy-sous-Bois, adding that it will be good to be in action once more.

Her students would be job seekers and those who did not finish their high school education and were trying to find a way into the world of work.

The new education centre was targeted at adults between 25 and 48 years old and is in a suburb North-East of Paris which is one of the city’s poorer neighbourhoods.

The 66-year-old Macron said the programme was very important, and that she wanted to make clear that it was possible to start again at any age.

Macron gave up teaching four years ago to support her husband Emmanuel’s political career.
Her last job as a teacher was at a prestigious private school in Paris.