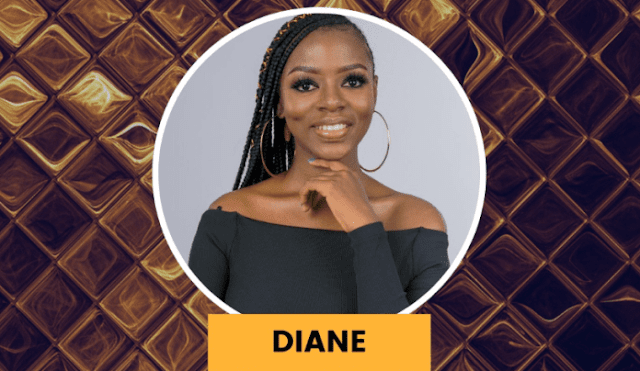 The Big Brother Naija 2019 (Pepper Dem) ‘baby girl for life”, Diane on Monday evening became the 21st housemate to be evicted from the biggest reality TV show in Africa.

As the highly coveted reality television show Big Brother Naija (BBNaija) gradually edges closer to the end, Biggie in a surprise twist asked Frodd (The Super Veto Power Holder for this season) to pick from a black sack any coin containing the names of the last housemate to be evicted from this season.

In what was an 100% game of luck and chance, Frodd picked Diane’s coin, while Omashola was saved.

The other housemates who have made the final are Seyi (By virtue of being head of house for the final week), Mercy (Who bought immunity from eviction with her BBNaija coins), Mike (Who was saved by the viewers last week after Tacha’s disqualification) and Frodd (Who was also immune to eviction after winning The Super Veto Power

The 2019 edition of the show which is tagged Pepper Dem, started on a slow pace but eventually managed to keep viewers glued to their television screen, up until the moment when the contestants were trickled down to the final five.

Each Sunday night eviction show witnessed mixed reactions from the individual fan base of the housemates, as stylish host Ebuka Obi-Uchendu, played the role of the harbinger of bad news. From the sudden eviction of Avala and Isilomo to the eviction of Jeff, Tuoyo, Thelma, Ghedoni, Jackye, Sir Dee, Esther to mention but a few that came in the following weeks, it has truly been an interesting run.

Next week Sunday,  6th of October, 2019 one of Seyi, Mike, Mercy, Frodd and Omashola will win the N60 million grand prize.

Who will you vote to be your winner?