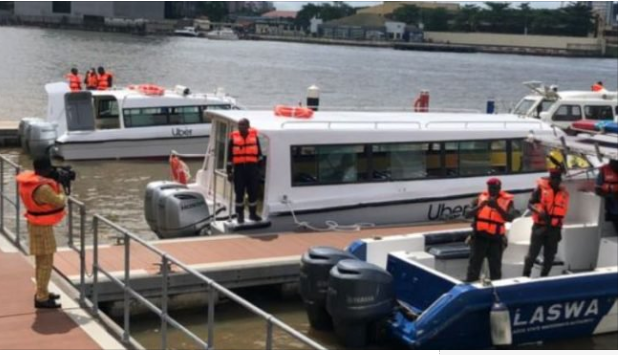 You can now book a boat ride using your mobile phone in Lagos, thanks to the boat taxi service that was launched by Uber on Friday.
The service, which is named UberBOAT, was launched in partnership with Texas Connection Ferries, a local boat operator, and the Lagos State Waterways Authority (LASWA).
Addressing journalists at the launch, Uber officials said the initiative is aimed at providing commuters with an easy and affordable way of moving across the city.
The pilot phase, which is scheduled to last for two weeks, will operate on weekdays from 7am to 4pm on a fixed route between two locations (Falomo to Ikorodu).
The pilot phase will operate on weekdays from 0700 GMT to 1600 GMT on a fixed route between two locations in the city.
Passengers will be charged a flat fare of N500 per trip, as against the average public bus fare of N300 for the same distance by bus.
Speaking at the launch, Babajide Sanwo-Olu, governor of Lagos state, said the use of waterways is part of his administration’s plan to ease traffic congestion.
He assured that road repairs would also be carried to ensure that moving within the city is made easier.
In 2017, Uber launched its boat service in Cairo, Egypt.