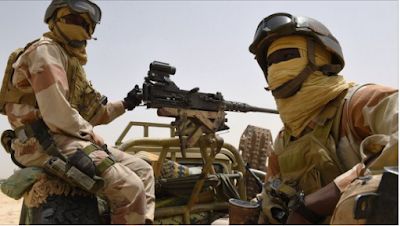 Amnesty International (AI) has accused the federal government of delaying the International Criminal Court’s (ICC) investigation into alleged atrocities in the north-east.
In a statement on Wednesday, the group called on the ICC to fast track the investigation into alleged crimes committed by both the military and the Boko Haram insurgents.
The human rights watchdog made the call following the visit of an ICC delegation to the country over happenings in the north-east.
The delegation led by Fatou Bensouda, ICC prosecutor, returned to Nigeria after previous visits to ascertain events around the Boko Haram war.
In a statement shared with TheCable, Netsanet Belay, AI advocacy and research director, accused the federal government of delaying the ICC probe.
Belay said: “It appears that the government of Nigeria has dumped further ‘information’ on the Office of the Prosecutor (OTP) in an attempt to delay the inevitable investigation.
“There is mounting evidence that the government of Nigeria is willingly unable to bring perpetrators to justice and it is past time that the OTP proceeds with an investigation into crimes committed by both Boko Haram and the Nigerian military.
“The delay has gone on for far too long and the OTP needs to do what is right for victims of these horrific crimes who have been waiting for justice for more than a decade.
“The ICC should proceed to open an investigation into atrocities committed in the North-East of Nigeria.”
Garba Shehu, presidential spokesman, was contacted for comments on the group’s allegation but he had not responded when this report was filed.
AI has at various times accused the military of committing crimes in the course of the fight against Boko Haram, including the “sexual harassment” of internally displaced persons (IDPs), an allegation the military denied.