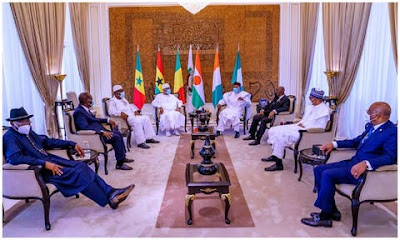 Femi Adesina, Special Adviser on Media and Publicity to President Muhammadu Buhari says his principal is in high demand by leaders all over the world.

Adesina stated this in a piece titled, The Buhari International Community Knows’ published on his website on Friday.

According to him, people of weight and reckoning like President Xi Jinping of China, former American President Barack Obama and his successor, Donald Trump, see Buhari as “a gift to the Nigerian nation”.

He wrote, “For those of us who travel with the President round the world, it is sheer delight to see how the Nigerian Leader is venerated, and held in high esteem by the international community. Never to be forgotten are the words of the President of Portugal, Marcelo Rebelo de Sousa, when he met with President Buhari at the sidelines of the 74th United Nations General Assembly in New York, United States of America, in September 2019.

“Inviting the Nigerian President to Euro-African Forum that his country was to host, de Sousa said, ‘Please come and declare the event open, even if it’s for half a day. We have been waiting for you to visit for three years. Many African leaders have come, but we want Nigeria’.

“Truly, President Buhari is that Nigerian Leader that is in demand not just in the West African sub-region, where his colleagues virtually compelled him to be Chairman of ECOWAS in July 2018 but in Africa, where he was made Champion of anti-corruption by the African Union, and in the uttermost parts of the world.”

It was earlier reported that Buhari’s peace-keeping mission to tension-infested Mali was greeted with public outcry as many Nigerians criticised the President for jetting out of the country in a bid to restore peace in the Sahelian country at a time when bandits and insurgents wreaked havoc in different parts of the Nigeria.