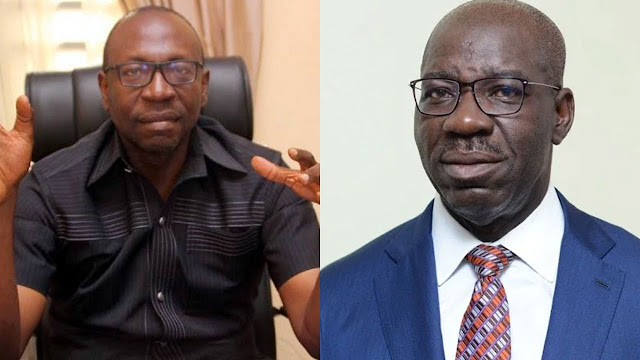 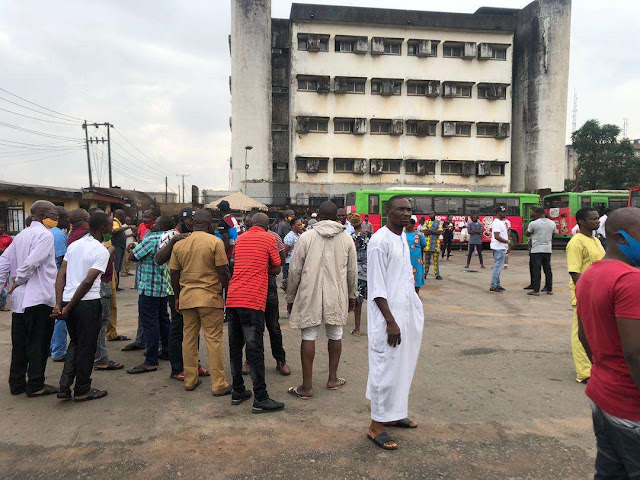 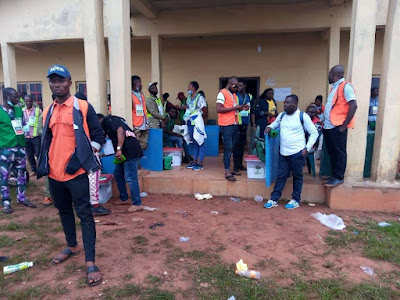 Just like in most polling units in Edo state, at Ikaladerhan Primary School, Okada, Ovia north east LGA, INEC, social distancing rules are not observes as officials prepare to begin the process. 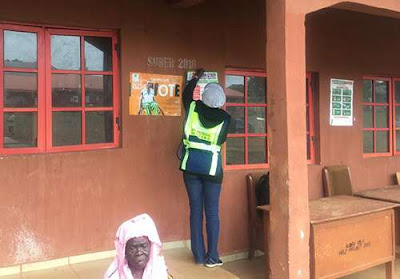 The officials were brought to polling unit 26, Ward 5 at around 8:02 in a white bus. 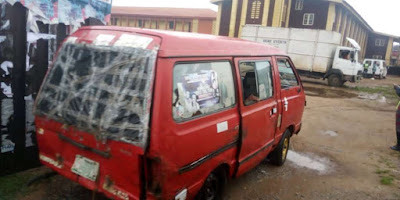 The battle of who emerges governor of the State is clearly between incumbent Governor, Godwin Obaseki of the Peoples Democratic Party, PDP, and the All Progressives Congress, APC, candidate, Pastor Osagie Ize-Iyamu.

INEC says there are 483,796 ineligible voters who have not collected their PVCs.

Further distribution of registered voters in the three senatorial districts of the state shows that Edo South has the highest figure of 1,281,414: the North with 564,122 while Central Senatorial District has 364,998.

Edo South has seven council areas; the North has six while the Central has five.