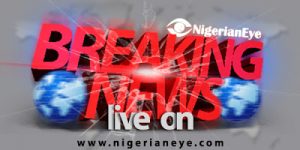 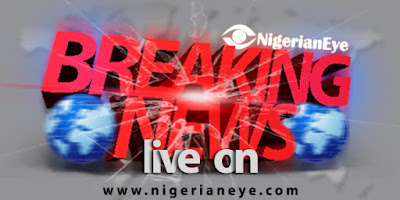 The Independent National Electoral Commission (INEC) has foreclosed any possibility of postponing the forthcoming general elections.

INEC Chairman Prof. Mahmood Yakubu assured Nigerians and the international community that no election will be postponed.

There are pending legal tussles from the primaries organised by political parties suggesting that INEC may have to postpone some elections.

But Yakubu noted that the commission will not be swayed into postponing any of the polls.

He disclosed this on Thursday at stakeholders meeting organised by INEC.

He noted that the commission has been dragged to court for 640 times and received 540 applications for the certified true copy of documents.

Yakubu promised the commission under him would continue to obey all court orders, assuring that it would not be deterred in the discharge of its functions.

The INEC chairman also assured the stakeholders that he would “never fail Nigeria and Nigerians.”

He stated that smart card reader would be deployed in the 2019 elections while expressing surprise that many Nigerians complained of not collecting their PVCs at the centres.

Yakubu reiterated that the commission printed the total of 14.2 million PVCs after voters registration adding that those cards were ready for collection.

He therefore said the commission would meet with a view to possibly reviewing the deadline for collection.

“Let me assure the nation and the stakeholders that smart card reader will be deployed in the 2019 elections. The next big issue for us is the voter register and the availability of the PVC.

“We have heard so many complaints by citizens that they have been to collection centers but we are surprised to hear that in some centres they were told to come back that the cards were not printed.

“We have 14.2 million new voters; the commission printed 14.2 million cards. The commission is going to meet today (Thursday) and where it is necessary, we will review the arrangements for the collection of PVC.”

He urged the transport companies to ensure that polling units receive the electoral materials at 7:30 am while voting should commence at 8am.

According the INEC chairman, priority has been given to the elderly, visibly pregnant women and the physically challenged persons to vote at the polling units or voting points.

The INEC chairman reiterated that while magnifying glasses and brails have been provided for the visually impaired to aid them to vote, form EC30 containing bold instructions on how the deaf should cast their votes are posted at every polling units as well as the voting points.

He also stated that the list of returning officers from the nation’s tertiary institutions would be vetted to ensure that partisan members of academic staff were not included.

He explained that internally displaced persons in other states would only be allowed to vote in the presidential election.

Also speaking on the preparations for the elections, the Inspector General of Police (IGP), Mohammed Adamu, noted that the security agency has identifed flashpoint areas in the country.

He assured all that the police will bring such places to order.

The IG said no VIP would be allowed to move around with police escort on election days.

He warned that any policeman who contravened the rule would be arrested.

“No escort of VIPs on election day, any policeman who contravenes this order would be arrested,” the IGP said