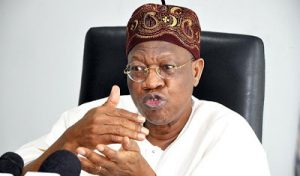 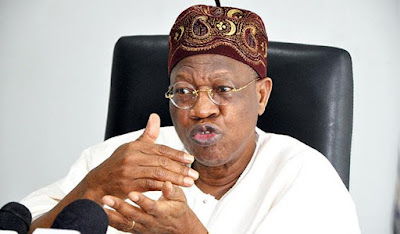 Barely few days to the general elections, the Federal Government on Tuesday alleged that the Peoples Democratic Party (PDP) is planning to orchestrate a crisis and trigger a sense of panic among the populace.

It said the plot is in furtherance of their plan to discredit the election and cause a constitutional crisis.

It, however, urged international community to ignore plot to discredit the Saturday poll before it is conducted.

The government, which made the claims in a statement in Abuja by the Minister of Information and Culture, Alh. Lai Mohammed, said PDP bigwigs, including its presidential candidate Atiku Abubakar, his running mate Peter Obi, PDP Governors and others, are planning a world press conference in order to level frivolous and unfounded allegations against the government.

The statement said: “With just a few days to the Presidential and National Assembly elections, the Federal Government has alerted the nation to the last-minute desperate plot by the Peoples Democratic Party (PDP) to orchestrate a crisis and trigger a sense of panic among the populace, in furtherance of their plan to discredit the election and cause a constitutional crisis.

“The plot confirms the alarm raised by the Federal Government on Jan. 21st and Feb. 3rd 2019 that the PDP is planning to scuttle the election and, where that fails, discredit it.

“In the days ahead, PDP bigwigs, including its presidential candidate Atiku Abubakar, his running mate Peter Obi, PDP Governors and others, are planning a world press conference in order to level frivolous and unfounded allegations against the federal government and the All Progressives Congress (APC).”

The statement gave insights into the plot by the opposition including alleged connivance with the Independent National Electoral Commission(INEC) by the Presidency.

The statement added: “Part of the false allegations they plan to make is that the Presidency, in connivance with the APC, is planning to force the Independent National Electoral Commission (INEC) to announce presidential election results that are favourable to the government in power, on the basis of the false premise that the APC’s intelligence team is worried that the ruling party would lose the elections.

“The PDP bigwigs also plan to use their world press conference to further disparage the Buhari Administration as well as the ruling APC, with a view to painting an unfavourable image of both Nigerians and the international community also to put the government on the defensive in the run-up to the polls.

The Minister said the “PDP’s last joker is a two-hour live press conference to be addressed by the PDP Publicity Secretary, Mr. Kola Ologbodiyan, on Feb. 14th, the last day of electioneering campaign, to chronicle all their concocted allegations and lies against the ruling government, cast aspersion on government and ruling party officials and throw innuendos here and there.

The statement added: ”As electioneering campaign winds down, the PDP has realized that it cannot possibly win free, fair and credible polls. It has thus resorted to engaging in red herring, hauling insults and abuses at Federal Government and ruling party officials and making outlandish allegations with a view to creating a sense of panic and crisis.

”The truth is that President Muhammadu Buhari, a man respected globally for his integrity, has continuously assured that the elections will be free, fair, credible and peaceful. He has warmly welcomed observers, both local and foreign., because he has nothing to hide, and because he is sure that the achievements of his Administration will win him re-election.

”We are therefore calling on all Nigerians and the international community to disregard any attempt to scuttle or discredit the polls.

“We urge observers to keep an open mind. There is no cause for alarm, except in the warped imagination of the PDP, which has entered the panic mode and is already ruing the loss of another general election even before it has been held,” he said.