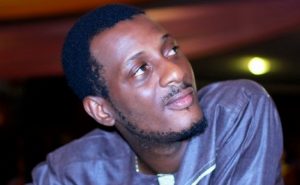 Veteran Nigerian music producer, ID Cabasa has slammed celebrities who love to claim they paved the way for the younger generation currently making it big in the industry today.

According to him, such statements usually come from liars, because a little investigation will show that those celebrities never helped anyone during their days.

“When people carry a sense of entitlement they lack gratitude… Because when u do the little u can for them they still feel they deserve more… Entitlement breeds pride that founded on ignorance (Over estimation of self)… Entitled folks brings no value to d table but wants to command respect/attention bcos of their false evaluation which exist only in their head.

If I do something small for u and u can’t see reasons to appreciate it… YOU ARE AN INGRATE… Entitlement is d reason we have many baba in the game that are complaining about d Young folks doing great stuff… They come with phrases like “we paved the way” please dear friend “SHUT UP” Which way did u pave and for who??? The very selfish ones says this a lot and I marvelled at d lies bcos we know u “ate alone”…. Hmm

ID Cabasa concluded by advising the young generation to respect such celebrities but never worship them.

“I can’t shout!!!! Young folks please do u and be you let no elder statesman who is hurting hurt you… Balance is this RESPECT THEM BUT DON’T WORSHIP THEM.””

It would be recalled that ID Cabasa recently debunked rumours that ailing entertainer, Lord of Ajasa has been abandoned by his colleagues.