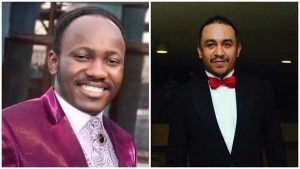 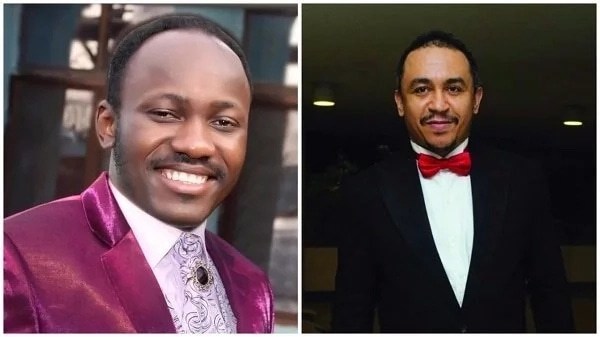 Controversial on-air personality, Daddy Freeze is in the news again. This time, he has attacked The Senior Pastor of Omega Fire Ministries International, Apostle Johnson Suleiman over his prophecy that the general elections will be postponed.

Suleiman, had in January during a church programme said the election would be postponed if Christians did not pray.

Daddy Freeze had earlier taken to his back-up Instagram page to mock ministers of God, by asking: “How come none of your so called ‘spiritual’ GOs, prophets, senior pastors etc saw the postponement of the elections?

“Didn’t their gods reveal this to them? The real miracle is that you still trust them with your hard earned money!”

One of Daddy Freeze’s follower had countered him by saying that Suleiman prophesied about the election postponement in January, while Daddy Freeze requested for the video.

After watching the video, Freeze mocked Suleiman, saying “OMG Sule is a genuine prophet. He saw the elections moving if we don’t pray, but come, they prayed now, didn’t they?

“Most Nigerians knew this election, like those of previous years would be postponed, this is guesswork in my opinion, NOT A PROPHECY!”