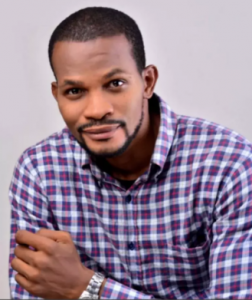 Controversial Nollywood actor, Uche Maduagwu said that a lot of marriages crash in the movie industry because many actresses end up in hands of irresponsible men.

Taking to his Instagram page, he wrote that, physical appearance doesn’t actually translate to maturity, before stating that women also have their own faults. See what he wrote below;

A lot of Marriages break up in Nollywood because so many actresses marry “irresponsible men”…I know HATERS will criticize me, but most of the men some actresses get married to are not HUSBAND materials, my dear, having a bushy HAIR in your armpit and chest, does not guarantee MATURITY, yes, women will always have their own faults, but some men are a DISGRACE to manhood. Imagine, which mature husband goes to social media to correct his own wife? Some can’t even show up for their kids most important day, SHAME.