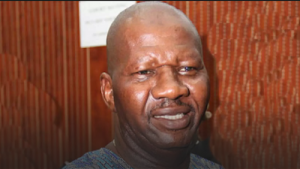 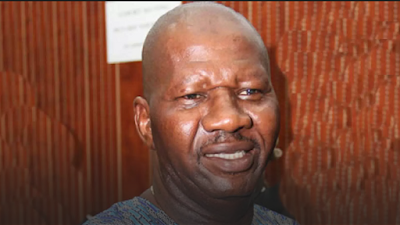 Amusan popularly known as â€˜Mr Latinâ€™ as his stage name said that the development was as a result of the approval of the associationâ€™s appeal to the Federal Government to foot the medical bill of Baba Suwe.

He said the ailing veteran comedian who was alleged to be suffering from an unknown sickness had been promised a first class treatment by the Federal Government at LUTH.

Amusan said that the Minister of Health, Prof Isaac Adewole, had made arrangements for the comedian to be treated while the Federal Government will foot the medical bills.

Amusan said, â€œMyself and other association members have just taken Baba Suwe to LUTH from his residence.

â€�I want to appreciate the minister for this gesture, we are happy that our colleague will be back on his feet after a comprehensive treatment.

â€�He is receiving first class treatment and we feel so honoured.

â€œI also thank everyone who had made donations toward our appeal for him, we canâ€™t appreciate them enough.

â€�As the new president of the association, the welfare of my members is paramount on my mind which I have determined to improve within my four yearsâ€™ tenure,â€� he said.

Efforts to confirm the admission of Baba Suwe as a patient from the Public Relations Officer (PRO) of LUTH, Mr Kelechi Otuneme, was not successful as he did not pick calls made to his mobile phone.

The ailing comedian had been soliciting financial support to enable him seek urgent medical attention.

Some of his colleagues in the industry had made generous donations coupled with the Vice President of Nigeria, Prof Yemi Oshibajo who donated N1m.

The comedian began his acting career in 1972 but came into limelight after he featured in a movie titled â€�Iru Esinâ€œ, a film produced by Olaiya Igwe in 1977 and had produced several Nigerian movies.

His career, however, nosedived in 2011 when the National Drug Law Enforcement Agency (NDLEA) arrested him for allegedly trafficking in substances suspected to be hard drug.

The allegation that was described as false and defamatory by the ruling of a Lagos High Court.