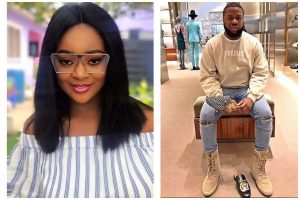 Award-winning Ghanaian actress, Jackie Appiah has been accused of sleeping with Hushpuppi for money, though the credibility of the accusation remains questionable.

Snapchat user FatPussy055, who accused Moesha Boduong having an affair with the former manager of Shatta Wale called Livingston and in the process contracting the deadly HIV, is at it again, and this time has come for Jackie Appiah.

FatPussy055’s accusations have not been proven as fact, as Moesha Boduong denied ever having such affair, while Livingston came out to release evidence that he is HIV negative.

Well, that doesn’t seem to have deterred FatPussy055, as in a new post on her Snapchat, she has alleged that Jackie Appiah sleeps around with Arabian men for money.

After her allegation, another Snap user came and disclosed that Jackie got her G-Wagon from another rich guy known as Money Gram after sleeping with her.

See screenshots of the allegations below;