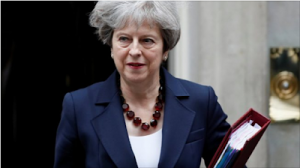 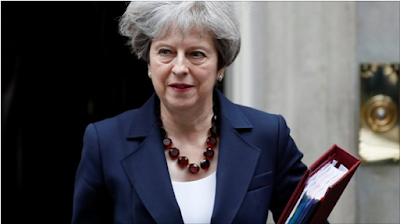 The United Kingdom has felicitated with President Muhammadu Buhari on his electoral victory in the Saturday’s presidential election.
Mr Buhari was declared the winner of the election in the early hours of Wednesday.
The opposition Peoples Democratic Party (PDP) has opposed the result, calling for a halt.
A statement from the UK’s minister of state for Africa, Harriett Baldwin, said the result declared by the Independent National Electoral Commission (INEC) is consistent with Parallel Voters Tabulation (PVT) employed by the civil society for the election.

Ma Baldwin said through the poll, “The Nigerian people have demonstrated resilience and a commitment to democracy”.

The UK government called on political actors aggrieved by the election’s outcome to seek redress within the ambits of the law while ensuring peace and harmony.
“We urge any party or individual who wishes to challenge the process to do so peacefully and through the appropriate legal channel and we encourage Nigerian authorities to examine all allegations of wrongdoing carefully, and take the necessary action against individuals found responsible.”
The statement also condoled with families who lost their lives in the course of the elections.
“No one should die in the exercise of their democratic rights,” Ms Baldwin added.
She pledged the UK’s contribution “to support Nigeria and its civil society in drawing lessons from these elections and strengthening its democracy.”
Several African leaders have also congratulated Mr Buhari.
King Mohammed VI of the Kingdom of Morocco described Mr Buhari’s victory as an affirmation of the level of confidence Nigerians have in their president and promised to work with him to advance the interests of both countries.
President Alpha Omar Conde of Guinea also extended his congratulations, describing the re-election of Mr Buhari as a dose of hope for the West African region.