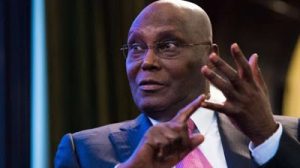 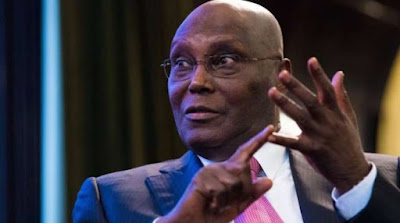 The United Kingdom has called on the presidential candidate of the Peoples Democratic Party (PDP) in the 2019 election, Atiku Abubakar, to challenge his defeat in a peaceful manner.

Nigeria’s electoral umpire, INEC, declared President Muhammadu Buhari of the All Progressives Congress (APC) the winner of the February-23rd poll in the early hours of Wednesday.

The Nigerian leader polled 15,191,847 votes to defeat Atiku who got 11,262,978 votes. But the former vice president rejected the outcome of the election, which he called a sham, vowing to challenge it.

However, Harriett Baldwin, UK’s minister of state for Africa, said the result declared was consistent with the civil society parallel vote tabulation process.

Baldwin said: “We urge any party or individual who wishes to challenge the process to do so peacefully and through the appropriate legal channel and we encourage Nigerian authorities to examine all allegations of wrongdoing carefully, and take the necessary action against individuals found responsible.”

Baldwin also said: “My thoughts are also with the families and friends of those who lost their lives in election-related violence. No one should die in the exercise of their democratic rights. We will continue to support Nigeria and its civil society in drawing lessons from these elections and strengthening its democracy.”