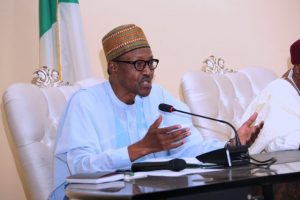 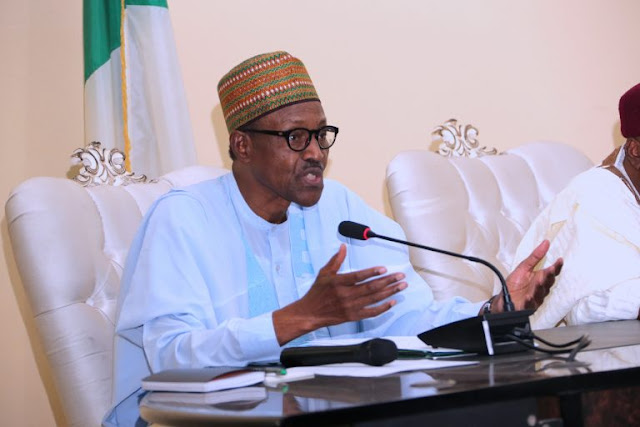 President Muhammadu Buhari says that the next four years will be tough.
Buhari was speaking on Friday when he had audience with members of the federal executive council (FEC) who came to congratulate him on his victory during the last election.
The president also said he proved two points when he embarked on extensive campaigns across the 36 states and the federal capital territory (FCT).
He said he proved his medical fitness to skeptics by ensuring that no state was left out during the campaigns.
The president said his ability to campaign sometimes in two states per day during the period, showed that he is sound and ready to continue in leading Nigeria for the next four years.
He said he would continues with his three point agenda of fighting insecurity, corruption and fixing the economy.
Buhari while expressing his gratitude to God that the agriculture sector had helped a lot in strengthening the economy with the help of soft loans to farmers, noting that agricultural output has been rewarding because of the steady rainy seasons.
According to him, the investment in agriculture would have been a futile effort if there had been no good steady rainy seasons.
“First, I am pleased that members of the federal executive council (FEC) are collectively meeting here today where we play our weekly role to congratulate me. I think if I have lost the election, I don’t know how many of them will be here,” he said.
“Secondly, during the campaigns, I tried to visit the 36 states and Abuja, firstly, to prove to the other side that I’m fit. I tried to cover two states per day and secondly, not to make anybody feel that any state had been left out.
So, I thank God that He gave me the strength and health to see through my plan and I think it is appreciated.
“My last lap of four years , I think it is going to be tough because people are being forgetful. That was why wherever I went, I reminded them of the campaign promise of our party, particularly security, as I kept on saying that you have to secure the country well and institutions. If you don’t secure the country, you can’t achieve anything no matter how many programmes you put in place.
“Secondly, on the economy, unemployment is a problem of this country as a whole. More than 60 per cent of the youths, they need to be kept busy. I realised that God heard our prayers. It had been two good rainy seasons and we had the foresight to get the Ministry of Agriculture and Rural Development and Central Bank to try and give soft loans to farmers so that everybody that is educated and looking for white collar jobs and cannot get it, can go back to the land. We are lucky the rainy season had been good.”
He praised the governors of Lagos, Ogun, Kebbi, Jigawa, and Ebonyi, whom he said had played notable roles in stopping rice importation through large scale rice cultivation.
“I think we are also lucky that through the governors in some states like Lagos, Ogun, Kebbi, Jigawa, Ebonyi, in particular, we don’t import rice but we have savings from rice in terms of foreign exchange which we put in the budget and use for infrastructure,” he said.
“That is a very good thing because the oil sector is becoming very difficult to predict. It is becoming unpredictable and depending on it makes us materially insecure but thank goodness, agriculture has come to save it and people are appreciating it.”