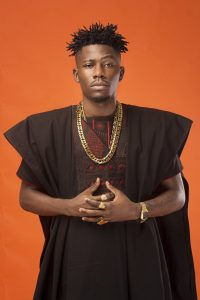 Nigerian music star, Y Cee is being dragged by Nigerians because of his reaction after a Nigerian artist did a drawing of him.

The artist shared the drawing with the caption: “A pencil sketch of @iam_YCEE ..pls help me retweet until he sees it. ”

Nigerians drag Y Cee for his comment after an artist did a drawing of him. Twitter users tagged Y Cee to the tweet to get him to buy it the way Kevin Hart offered to buy a drawing of him done by a Nigerian artist. But Y Cee wasn’t interested in being forced to buy something he didn’t want.

He replied: “I’m not KELVIN HART.”

Twitter users felt Y Cee’s comment was inappropriate and they called him out. But the artist tweeted, asking people to stop calling out Y Cee. He wrote:

“@iam_YCEE is not the richest musician there is nor is he the poorest. I chose to sketch him because I’m his biggest fan. For the fact that he retweeted it is a win for me… Pls stop with all the belittling! Thanks.”

See the drawing in question below: