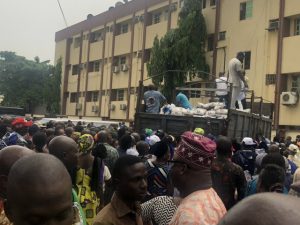 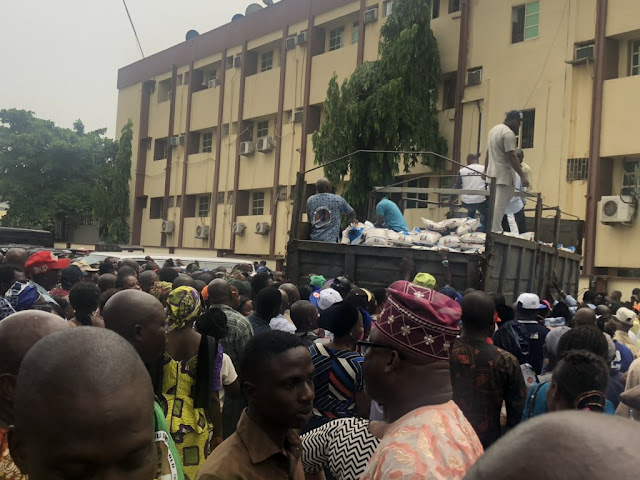 The governorship candidate of the Peoples Democratic Party in Lagos State, Jimi Agbaje, has  condemned the recent distribution of bags of rice to civil servants in the state by his APC counterpart, Babajide Sanwoolu.

Agbaje, in a statement from his media office on Friday, described the fierce struggle among government officials for the rice loaded in a truck as shameful and appalling.

The PDP candidate also condemned the disruption of “Free Lagos” press conference by the police at the Lagos Airport Hotel.

According to the statement signed by the Director of Media and Publicity of the Jimi Agbaje Campaign Organisation, Felix Obogwina, the PDP governorship candidate noted that Sanwoolu’s gesture violated civil service decorum and neutrality.

He said, “It is the mother of all ironies that on the same day that the APC organised an illegal meeting for its candidate, it was sending a combined team of cops and hoodlums to dislodge an event organised by bona fide Nigerian citizens. We find the invitation and the rice gift appalling, opportunistic and illegal.

“In a political contest of the nature in which Sanwo-Olu and the rest of us are involved, he has been offered an undue advantage. An uneven playing field has been created and this is condemnable and contemptible.

“The gesture goes against Nigeria’s bureaucratic statutes that forbid civil servants romancing politics. For crying out loud, there are still regulations preventing civil servants from involving in politics. That invitation and the rice gifts is a violation of those extant rules.”