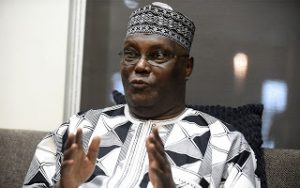 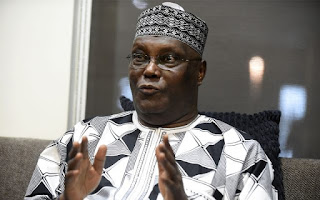 A political activist and former Deputy National Publicity Secretary of the All Progressives Congress (APC) Comrade Timi Frank, has asked the the National Peace Committee led by Gen. Abdulsalami Abubakar,retd., to call President Muhammadu Buhari to order over unnecessary arrest and intimidation of people loyal to the presidential candidate of the People Democratic Party (PDP).
Frank said it is an act of terrorism and wickedness of the highest order for the President to steal the mandate Nigerians freely gave to Atiku Abubakar and still intimidating his men using state institutions.
Reacting on Sunday in Abuja through a statement to the invasion and arrest of Alhaji Babalele Abdullahi, son-in-law and finance director of Atiku’s group of companies in Abuja on Saturday, 2 March 2019, Frank revealed that there were plans to arrest the PDP presidential candidate himself this week.
According to him, unless Gen. Abdulsalami’s committee prevail on Buhari to drop the idea of getting Atiku arrested, the peace committee might not be able to make peace any longer.
The EFCC agents numbering about two dozen who came in 2 regular vehicles, an 18-seater Toyota bus (registration Abuja CS 522 RSH) and a Hilux van were reported to have stormed the house and office of Babalele and found nothing incriminating.
But Frank said the intimidation and harassment of Atiku’s men started even before the election with Tunde Ayeni, Uyi Osagie and now Babalele Abdullahi “and we are reliably informed of the plan by Gen. Buhari’s men to engineer the arrest of Atiku Abubakar this week.
“Meanwhile the president himself has not been able to tell Nigerians how he suddenly acquired Keystone Bank and Etisalat. Buhari’s wife is yet to exonerate herself in the 2.5 billion involving her ADC. She has not told Nigerians how she acquired money to build a mansion in Adamawa and several other places,” Frank alleged.
While calling on the international community and most especially the Abdulsalam’s peace panel to quickly intervene before the situation gets out of hands, Frank said all efforts to discourage PDP’s presidential candidate from retrieving his mandate through the court of law will not work.
“I call on all Atiku’s supporters to rise up to the occasion and not to give in to blackmails by the APC administration to frustrate the PDP and its presidential candidate.
“The National Peace Committee must rise up to ensure that no evil happens to Atiku and if the committee can not assure us the safety of Atiku Abubakar, Nigerians and his supporters might be left with the only option of doing the protection by themselves.”
The political activist, therefore, demanded the immediate release of Alhaji Babalele Abdullahi, who is the director of finance in Atiku’s group of companies, calling on the president “to search within his administration if he is looking for thieves, as he is currently presiding over the most corrupt government in Nigeria, where those that have looted the nation are now being giving protection,” Frank stated.