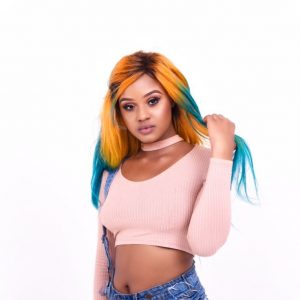 Many social media users and fans of South African singer, Babes Wodumo were left shocked in the early hours of today after watching her get assaulted by her a man believed to be her longtime boyfriend Mampintsha, on Instagram Live.

The video was shared on Babes’ Instagram, and it appears she hid the camera and went live to let people of the alleged assault.

According to TshishaLive, Babes can be heard swearing at the man. The man then responded by slapping her. He walked away, and returned later to hit her again.

South African stars as well as citizens are rallying round the singer while calling for Manpintsha’s arrest and prosecution.

Cassper Nyovest, DJ Zhinle, Boity, Amanda Black and SA Minister for Arts and Culture Nathi Mthethwa are among those who have condemned the action.