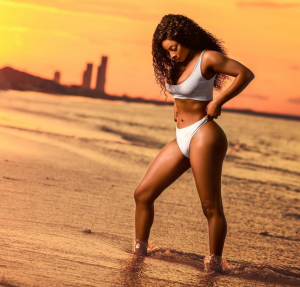 Nigerian media personality and best-author, Toke Makinwa has taken time to talk to broke guys broke guys to avoid insult by not approaching a lady who lives way above their means.

According to her, if broke guys know that they aren’t bringing anything meaningful to the table, then they shouldn’t bother about approaching such a lady. She also advised against labelling a lady a gold digger simply because she wants more out of life.

“Last week’s Vlog had a lot of people in their feelings I’m a mess I know. All your comments left me in stitches, I have come to the conclusion that it is very important to date within your means. Cinderella’s story is cute but it does not happen to everyone, If people begin to respect their wage and date in their capacity, there will be less insults, unrealistic expectations and more peace. READ ALSO: Bobrisky thanks his fans after reaching one million followers on Instagram If you see a lady hustling on her own and trying to make a life for herself, if you can’t bring anything to the table pls leave her alone!!! Too many people making you feel guilty for wanting more out of life.”