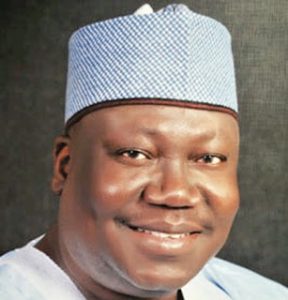 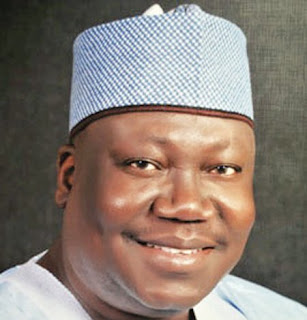 The ruling All Progressives Congress on Wednesday said only the decision on the party’s preferred candidate for the position of the Senate President for the 9th Assembly had been taken.

It said the zoning formula for the remaining positions in the Senate and those in the House of Representatives was still being worked out.

The party’s National Publicity Secretary, Mr Lanre Isa-Onilu, said this at a press conference at the party’s national secretariat in Abuja.

He said, “We have decided who will be the next Senate President according to what democratic principles allow and that person is Senator Ahmed Lawan.

“That has been done and announced, it is left for the party to cross the‘t’s and dot the ‘i’s to get that sorted out.

“My emphasis is on the fact that we are not going to share powers, including what the PDP people call juicy committees and we call strategic committees, with people that Nigerians have rejected. They are exclusive for the APC.

“We don’t need them to head any committee where they are going to compromise the promises we have made to Nigerians.

“Nigerians cannot give us a mandate and we will go and give part of it to those they have rejected. We cannot betray the people of this country and we will never do it. The zoning arrangement for all the other positions is in the works.

“Just as the media and Nigerians have been informed about who our preferred candidate for the Senate Presidency is, we will come out to tell you what the zoning formula will be for the remaining positions in the Senate and also in the House of Representatives very shortly.”

The party spokesman said the APC had decided to go beyond zoning to identify candidates who were fit for the positions.”

In reaching the decision, he said there was nationwide consultation among party leaders.

Isa-Onilu said the presidential system of government being practised in Nigeria encouraged the “winner to take all.”

This, he said, was the reason why the PDP would not be allowed to produce any leader in the National Assembly.

He said, “It is democracy. I have listened to the PDP and in their usual style, they exhibited gross ignorance. What we practise in Nigeria is called presidential system of government. In this type of government, it is winners take all. Once you win, you take whatever you want. There is no room for power sharing.

“What we told them was that they should entrust power to us. As it is clear that we have made good use of power in the last four years, we are going to make better use of it in the next four years.

“Nigerians accepted this. It will be a betrayal of that trust to go ahead and start sharing power with a party, particularly the PDP, that has been rejected by Nigerians.

“They were banking on the experience of the last four years when some traitors within the APC fold sold our birthright to an opposition party. Some people now took that to be the new norm. It is not. In fact, that action was not democratic. It was treachery. “

APC does not envisage election

The party spokesman also said the APC did not envisage any election on the floor of the National Assembly.

He said names of the preferred candidates would only be read to them.

He added, “We have enough number to elect all our officers. We don’t need a single vote from the PDP. In any case, we don’t actually envisage any election on that day because we are going to present our members that will occupy these positions.

“All our members are very experienced politicians who understand what this means. When we get to the floor, we are going to read out the names. If the PDP so desire, it can bring its candidates up. Since the party does not have the number, it will be an exercise in futility for the PDP to nurse the ambition to share from what Nigerians have taken away from them.

Isa-Onilu said Senator Ali Ndume’s position on the party leadership endorsement of Lawan as the Senate president was not wrong, saying the dissenting senator was merely expressing his fundamental right.

He, however, said since he had signed to be a member of the APC, he must be ready to abide by the position of the party.

However, a former governor of Abia State, Uzor Kalu, has said he will contest the position of the deputy senate president in 9th National Assembly.

Kalu, who is also Abia North senator-elect, wanted the APC to zone the position to the South-East in the interest of equity and justice.

He said, “I am a very loyal party man. The party has zoned the Senate presidency position to the North-East and I want to respect the party’s will. But the second position is what we are not going to allow to leave the South-East.

“So, as far as I am concerned, in the South-East, I am going to run openly on the floor of the house for the position of the Deputy Senate President.

“I am not going to listen to the party neither will I listen to anybody. Nobody that wants to be the Deputy Senate President is more loyal than I am to the party.”

Asked to react to the threat by Kalu’s position, Abdullahi said no APC senator-elect would go against the party on that day.

He said, “I don’t have the idea on what the party is doing on the position of the Deputy Senate Presidency. The party will ensure that a senator from each of the geopolitical zones benefit from the leadership positions, that is, two presiding officers and the four principal officers.”

He said Oshiomhole was correct for saying that the ruling party would take all the available leadership positions meant for the majority party in the Senate.

“Let me tell you very clearly that we have been engaging our colleagues in the PDP and I will tell you that majority of them are actually working for us to see that we have a harmonious, rancour-free, non-tumultuous Senate.

“Our colleagues in the PDP are not interested in any fight. We are engaging them and we are talking. They know the truth and I know that we shall work together and succeed together.”

Abdullahi ruled out the possibility of a repeat of the 2015 crisis on the day of inauguration.

Meanwhile, Isa-Onilu said the party could not help the Imo State Governor, Rochas Okorocha, who had been denied his certificate of return as a senator-elect because he was still on suspension.

He said the governor himself was aware of his suspension, hence, he had not reported his dilemma to the party.

He said, “This party cannot take any action. Don’t forget that Governor Okorocha is on suspension. As far as this party is concerned, that situation remains. He also has not come to us to say the situation he has because he also realised that he is on suspension.”

On the reported suspension of Senator Kabir Marafa, Isa-Onilu said it was within the powers of the party executive at the ward level to discipline errant members.

He added, “It is within the power of the party executives at the ward level, if they have good reasons to initiate punitive measures against a member they have considered to have flouted the rules of the party.

“In this case, we don’t have all the facts at the NWC. They don’t really need to come as far as this level before they can take that decision.”