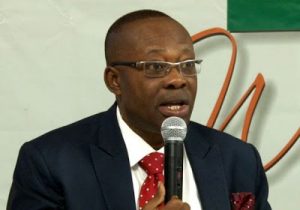 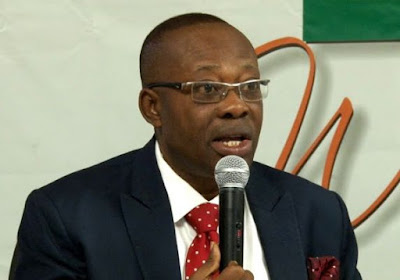 Former second Vice-President of Nigerian Bar Association, (NBA), Monday Ubani was on Tuesday rushed to an undisclosed hospital in Abuja after he collapsed in the Economic and Financial Crimes Commission (EFCC) detention.

Ubani and Senator Christopher Enai, formerly representing Bayelsa state, were detained by the EFCC on March 19 for failing to produce the chairman of Nigeria Social Insurance Trust Fund (NSITF) Ngozi Olejeme, who they stood for as sureties.

Olejeme is facing a N6.4 billion fraud allegedly perpetrated while she was chairman of NSITF.

The family member, who did not want his name disclosed, decried the continued detention of Ubani by the EFCC in disobedience to a Federal High Court order instructing that he should either be released on bail or be charged to court.

The family source said that but for the timely intervention of some persons, Ubani would have died.

“Ubani would have died today if some persons had not intervened and rushed him to the hospital after he collapsed in EFCC cell.

“It is very disheartening that the EFCC has chosen to continue to detain him despite a court order that instructed that he be released or be charged to court.

“We are begging well- meaning Nigerians to appeal to the EFCC chairman to comply with court order and release Ubani,” he said.

In a statement after his arrest, Ubani had maintained his innocence over the disappearance of Olejeme stating that he lost contact with her after EFCC official raided her home in Abuja.

The NBA has asked President Muhammadu Buhari to call the EFCC to order and ensure that the commission obeys court order regarding Ubani’s detention.

In a statement by its Publicity Secretary, Kunle Edun, the body condemned the continued detention of Ubani despite a valid court which instructed that he should either by charged to court or be released on bail.

The statement reads: “Mr. Ubani still remains in the unlawful custody of the EFCC for more than three weeks, which is a gross violation of his constitutional rights to personal liberty.

“The agency’s penchant for disobedience to orders of court is an ominous threat to rule of law and impacts negatively on Nigeria’s investment environment.

“We therefore, demands that the EFCC immediately complies with the subsisting order of the Federal High Court by releasing Monday Ubani or charge him to court, if there is any reasonable cause to so do.