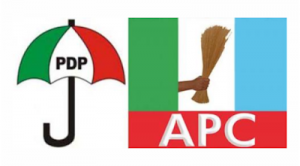 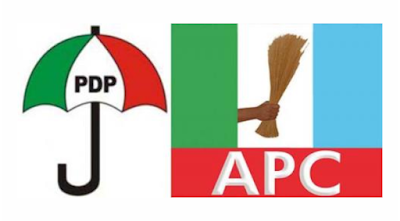 The ruling All Progressives Congress (APC) has told the leading opposition party, the People’s Democratic Party (PDP) not to waste its time and resources appealing the recent tribunal judgement, but rather go and prepare for the 2023 general elections.

Chieftains of the APC in Igabi local government area of Kaduna State made the call in Kaduna while celebrating 100 days in office of President Muhammadu Buhari and Governor Nasir El-Rufai.

Speaking at the occasion, Former House Representatives member, Hon. Ibrahim Bello Rigachikun said, the PDP petitions were thrown out of the tribunal both in Kaduna governorship and the presidential elections, because they could not prove their allegations of irregularities.

According to him, “In the court of law, if you don’t have any substance there is no need to fight. So, the PDP don’t have a case, they should just go and start preparing for 2023, instead of wasting their time to appeal the tribunal judgement.

“As far as we are concerned, President Muhannadu Buhari and Malam Nasir Ahmad El-Rufai have been victorious at the polls and even in the court of law, and that is why we are celebrating them today.” He said.

Also speaking, House of Representatives Aspirant in the 2015 general elections and convener of the event, Hajia Rabi Salisu said, they chose to celebrate because Governor El-Rufai has in 100 started fulfilling his campaign promises.

“Mallam Nasir El-Rufai’s policies are developmental, especially at the grassroot level. If you come to the security issue, the educational issue to the civil service and other sectors, he has performed wonderfully well.

“Our Governor is a leading example because he is the first governor in this whole federation to start the implementation of the N30,000 minimum wage when others are still foot-dragging. Even if it is this minimum wage alone, he is supposed to be celebrated nationwide not even Kaduna state alone.” She said.

Hajia Rabi, however, called on the people of Kaduna State, including the opposition to support the government of Governor El-Rufai to enable deliver more dividends of democracy to the people.