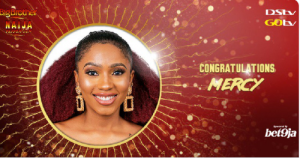 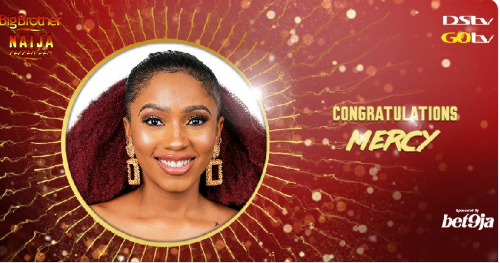 Mercy Eke has emerged winner of the fourth edition of the Big Brother Naija (BBNaija) reality TV show.
She becomes the fourth winner of the show and the first female to achieve the feat– since its inception — on Sunday night, after polling the highest votes of the five remaining housemates.
The last five housemates were Mercy, Mike, Frodd, Omashola, and Seyi.
Seyi was the first housemate to leave the BBNaija house on Sunday night, while Omashola and Frodd followed suit.
Prior to their eviction, Biggie had briefed the housemates and urged them all to ‘Pepper Dem’ when they get out of the house.
Mercy secured 41.77 percent of the votes to beat Mike, who got 19.94 percent, and emerged winner of the 2019 edition of the reality TV show.
Following her victory, Mercy is expected to go home with:
Ebuka Uchendu, the BBNaija host, had also disclosed that this year’s edition of the reality TV show got a whopping 240 million votes, while 50 million votes were secured this week.
See how Nigerians voted for her: 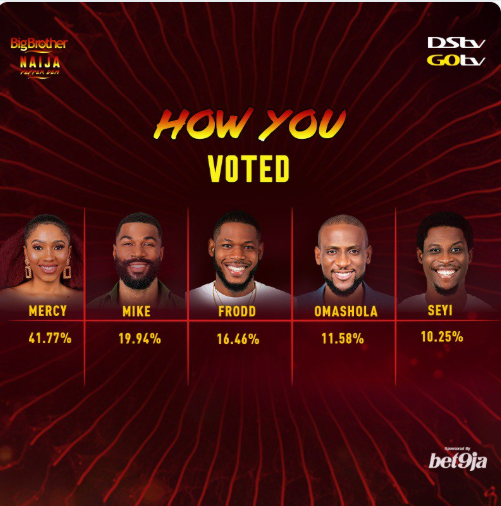 Here are some things to know about her:

Mercy Eke was born 29th September 1993 and hailed from Imo State.
She attended Egbu Girls Secondary School, Owerri for her secondary education.
A graduate of Imo State University.
Before coming for the BBNaija reality show, Mercy was a businesswoman and video vixen, who resided in Lagos.
The winner of the BBNaija ‘Pepper Dem’ edition loves cooking, swimming, traveling and dancing.
While on the show, she had on several occasions expressed her intention of going into acting, start a clothing line and do many other things to make money.