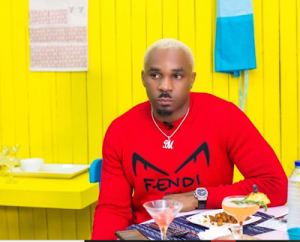 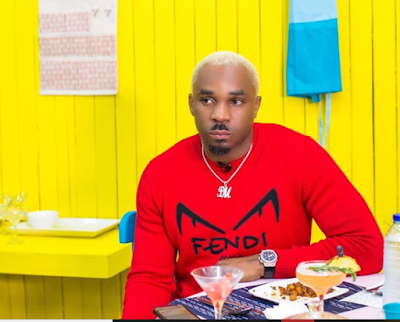 Socialite and club owner, Mike Nwogu, aka Pretty Mike, has said he enjoyed the experience of being deflowered as a 13-year-old teenager many years ago.
According to him, he had been with several women that the presence of naked females no longer moved him. He told Sunday Scoop, “I always tell people that once one is s3xually active, one wouldn’t be able to count how many people one has had s3x with. I got deflowered when I was just 13 years old. I have been having sex for a long time, so for you to think I would be able to tell you how many people I have had sex with or even give a close figure, is almost impossible. I started having s3x in the US and it was a thing of fun for us to be deflowered by older people; it was a trend.”
Nwogu, who recently featured in an advert with stylist and entrepreneur, Toyin Lawani, maintained that although they were both nude, he never got aroused. He said, “Toyin is my very good friend and I consider her family. I never got aroused by her but that doesn’t mean she isn’t pretty and sexy. People that talk about these things forget that I have a partnership in a strip club; so I see naked women all the time. I have got to a point where I could be with over 20 naked women in a room without feeling anything. Sex doesn’t just come that way.”
The power dresser also stated that he was waiting for God to guide his wife to him. He added, “People see me as a playboy and sometimes, I intentionally portray that picture for them because that is the kind of thing that sells. People are not interested in serious issues and being in my line of business, I have to keep dishing out things for people to talk about. Sometimes, I claim to be in a relationship and other times, I say otherwise. Presently, I am not in any relationship. I am looking up to God to guide my own wife towards my way.”
On what he desires in a woman, Mike said, “For someone like me that has been there, I have practically seen it all– tall, short, big, small, physical features. All those don’t matter to me as they don’t make a good wife or mother. All I want is someone with a decent attitude; someone that can think for the two of us. Beauty and attractive features are all secondary, but a good attitude cannot be bought.”