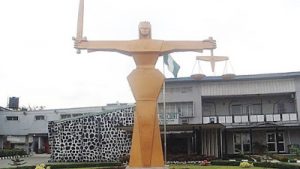 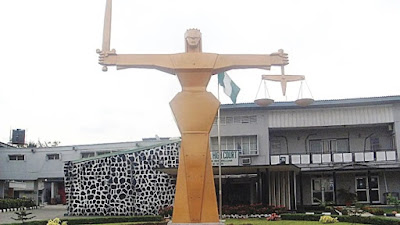 The Federal High Court sitting in Abuja on Friday struck out the case filed by the Socio-Economic Rights and Accountability Project (SERAP) against the Minister of Information and Culture, Lai Mohammed and the National Broadcasting Commission(NBC).

The Court said in its ruling that SERAP has no locus standi in the case as it’s not a part of the matter.

The presiding judge also described the case brought before it by SERAP as “a mere academic exercise.”

SERAP had a few weeks ago approached the Court to stop the N9million fine imposed on some broadcast stations for infractions.

The right group asked the Court to declare arbitrary, illegal, and unconstitutional the N9 million fines imposed on Arise TV, AIT and Channels TV (N3million each) for their coverage of the End SARS protests.

In the suit, FHC/ABJ/CS/1436/2020 filed at the Federal High Court, Abuja, the plaintiffs are seeking an order setting aside the fines and any other penal sanction unilaterally imposed by Mohammed and the NBC on the stations and on any other radio/television stations.

It read, “If the NBC and Mr Lai Mohammed are allowed to continue to use these oppressive provisions against independent media in the guise of performing their statutory duties, the end result will be authoritarianism and denial of freedom and liberty.

“The NBC and Mr Lai Mohammed have consistently used broadcasting codes to suppress the watchdog roles of independent media, and to violate Nigerians’ human rights, including the rights to freedom of expression, to disseminate and receive information, and hold their government and public officials to account.”