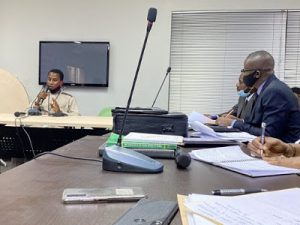 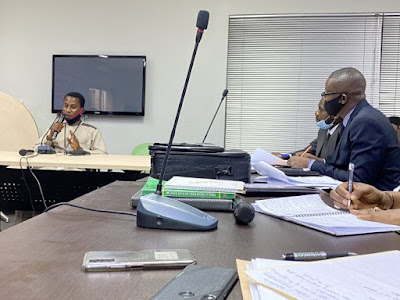 Chidibere Nwadi, a petitioner at the Lagos judicial panel has said he hated the Nigerian police since 1999.

The 39-old who appeared without legal counsel narrated how the Nigerian police killed his dream of becoming a journalist.

Mr. Nwadi, came to Lagos in 1999 and could not find his uncle, Mr. Darlington at Desert Street, Egbeda, the address he was given by his uncle when he visited the village.

He said he was finding his way to another relative’s place who stays in Surulere the following morning. He was picked at Oshodi Bus stop around 5 am by police officers in a van. The police took him alongside others arrested to Idimu police station, Mr. Nwadi narrated.

After his arrests, one Mr. Friday said he is Nwadi’s IPO and asked him for N100,000 which he said he does not have. According to Nwadi, Mr. Friday always come every morning to ask if he had money and when he said he doesn’t, he was always beaten.

Nwadi said by June 1999 a month after his stay at the police station, he was told to bring N10,000 or he’ll be taken to SARS. He said he had no money and was eventually taken to SARS office in Ikeja.

The petitioner told the panel that in July, one month after he landed in SARS office, Ikeja, he was taken to court suddenly and he heard he was charged with armed robbery with his gang members at large.

The Judge sentenced him to prison. He served the term at Kirikiri Maximum Prison. After 3 years in prison, he developed partial blindness and deafness from the slaps he received while the police tortured him.

Since 1999, when he got to Lagos and was arrested illegally, Nwadi said he managed to reach his family in 2002. one Mr. Eric, a corp member serving in the prison then helped him make contacts with his family and linked him up with Reverend Erlin Nzeoku, a Catholic reverend.

Nwadi said he was released eventually in 2004 with the help of Rev. Nzeoku. He said he did not know why the police did all that to him and that he still bore the physical and mental scar, as he sought justice.

The case was adjourned by Justice Doris Okuwobi until 11th, December 2020 on the police counsel, J. I Eboseremen’s request. Eboseremen said he was just served the petition.