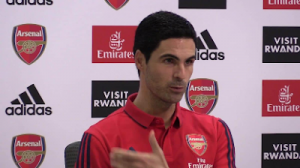 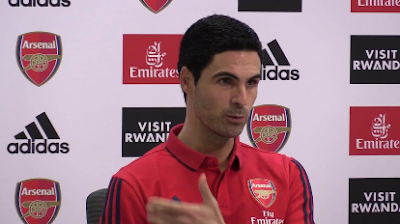 Arsenal manager, Mikel Arteta, has said his side lost to Tottenham Hotspur on Sunday because they cannot score goals.

The Gunners fell to their sixth defeat of the season in the North London Derby.

Two quick-fire goals from Heung-Min Son and Harry Kane in the first half proved to be decisive, as Jose Mourinho’s men returned to the top of the Premier League.

Arteta was, however, full of praise for his players, but bemoaned their profligacy in front of the goal.

“In terms of the performance, they did everything I asked them to do. Absolutely everything. We played the way I believe we had to get this game. You look at all the stats, they’re in our favour but at the end of the day, it’s about putting the ball in the box.

“The first situation they had from 30 yards they put it in the top corner. You have to applaud it. The second one, Thomas has to come off, he cannot fill the gap that he should be in and we get done. Just before we had an open situation to score a goal as well.

“But at the end of the day we have to score the goals and when they had a half-chance they scored, and at the moment we haven’t. To build something you need results.

“I take a lot of positives for the way we played, when we come here at this moment and play with the personality, the courage, the passion, the energy and the belief the boys showed. At the end it’s a football match and you have to win it, and we lost again today,” Arteta told reporters.