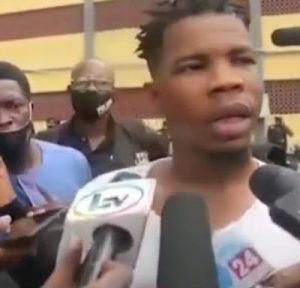 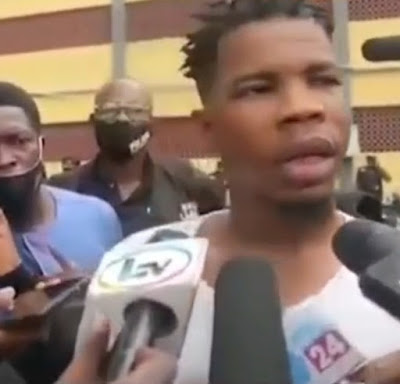 A notorious armed robber and rapist, who told police in a viral video that it’ll be best to kill him to prevent him committing further crimes, has escaped from the custody of the Lagos State Police Command.

Adeniyi Ajayi had explained weeks ago that he was initially arrested for petty crimes and went to jail. He said he came out from jail worse than before and started carrying arms to rob. He also raped some of the women in homes he robbed. It was alleged that he raped no fewer than 8 women.

He told police that if sent to jail again, he’s certain he’ll come out worse. He begged them to kill him instead.

Weeks after his unusual demand, Adeniyi Ajayi managed to escape from police custody, according to SaharaReporters.

The publication adds that the suspect was among those that escaped from the cell during the nationwide protest against police brutality.

Ajayi is currently at large.

Below is a video of Adeniyi asking police to kill him.