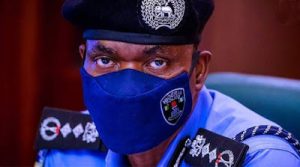 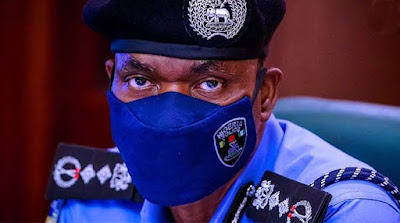 The Presidency says the Inspector-General of Police, Mohammed Adamu, has ordered the arrest of Sunday Adeyemo aka Sunday Igboho, for giving Fulani in Oyo State an ultimatum to exit the state.

The Senior Special Assistant to the President on Media and Publicity, Garba Shehu, was quoted as saying this during an interview with BBC Hausa.

According to the BBC report, Shehu said he had just got off the phone with the IGP who told him that an order had been given to the Commissioner of Police in Oyo State, Ngozi Onadeko, to arrest Igboho immediately and transfer him to Abuja.

Part of the report read, “Garba said he just got off the telephone with the Inspector General of the Nigeria Police, who confirmed to him that he had ordered the arrest of Igboho, who is to be brought to Abuja.

“Igboho is among topics that have generated public discuss on social media in Nigeria on Friday since he visited Igangan in Ibarapa Local Government (of Oyo State) where he insisted that all Fulani residents in Oyo State, must leave as long as kidnapping continues.

“Mallam Garba Shehu said government was having a hard time punishing (such) offenders because of the activities of human rights organisations.

“Garba Shehu said the order given by the Inspector General of Police, for now, is that Igboho should be arrested and brought to Abuja to be taken to court to face prosecution.”

Igboho, who is the Akoni Oodua of Yoruba land and a grassroots politician, had asked herdsmen in Ibarapa Local Government Area of Oyo State to leave within seven days, blaming the leadership of the Fulani of being behind the rising insecurity in the state.

Last week, the Presidency had criticised Governor Rotimi Akeredolu of Ondo State for asking Fulani herders to vacate forest reserves because the place was being used by bandits and kidnappers.

It was reported that violence erupted in Igangan in the Ibarapa North Local Government Area of Oyo State on Friday when  Sunday Igboho and his supporters reportedly stormed the Fulani settlement in the town to eject the Seriki Fulani, Salihu Abdukadir, and some other herdsmen accused of fuelling security problems in the area.

Unconfirmed reports claimed that some persons were killed while properties worth several millions of naira were set ablaze during the clash which occurred in the evening.

Although Igboho could not be reached as calls to his telephone line indicated that he was out of reach, residents of Igangan however said that at least one youth from Igboora was killed by Fulani fighters while two others sustained injuries from gunshots.

The Seriki also told our correspondent that one Fulani woman was killed. He said he had fled the town before Igboho returned on Friday.

The claims from both sides could not be independently verified as of press time on Friday.

Igboho had last week issued a seven-day quit notice to the Seriki and his associates.

Governor Seyi Makinde of Oyo State had in a broadcast warned people fuelling ethic crisis in the state to desist from such act.

Despite this, Igboho and his supporters stormed Igangan on Friday afternoon.

Addressing the youths, Igboho said, “They started deploying soldiers here since yesterday (Thursday). When our people were being kidnapped and killed, there was not soldier to be deployed to secure them.

Reacting, the Oyo State PPRO, Mr. Olugbenga Fadeyi, said, “Tactical police teams with Operation Burst are  on ground to give maximum security protection   while efforts are on to ascertain the situation there.”