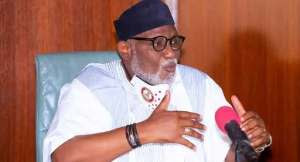 Tofowomo who is a Peoples Democratic Party Senator said the decision was to separate genuine businessmen from criminals in the forest.

The Senator in a statement by his Special Assistant, Media & Publicity, Akinrinlola Olumide, however, advised the governor to take a step further by making it a law.

“I join my voice with all the positive and good people of Ondo State and also congratulate Gov. Rotimi Akeredolu for taking a very good decision against the criminal activities of some Fulani herdsmen that are holding us to ransom in Ondo State.”

“While declaring my total support for the decision of the governor to evict criminals from our forest reserves with the registration of genuine herdsmen and farmers who are into businesses in Ondo State, I urge him to take a step further by making it a law.”

“He should package a law to the State House of Assembly to put an end to banditry, and kidnapping being orchestrated by the bad eggs among the Fulanis who are hiding under the guise of herdsmen.”

Tofowomo added that “I stand with Mr Governor on his decision. And I advise all the genuine herdsmen to vacate the forest reserves and obey the governor’s directive by going through the appropriate ministry for registration.”