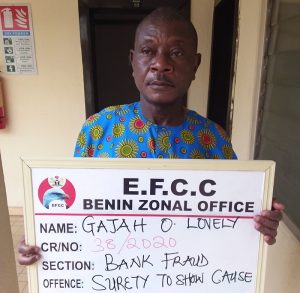 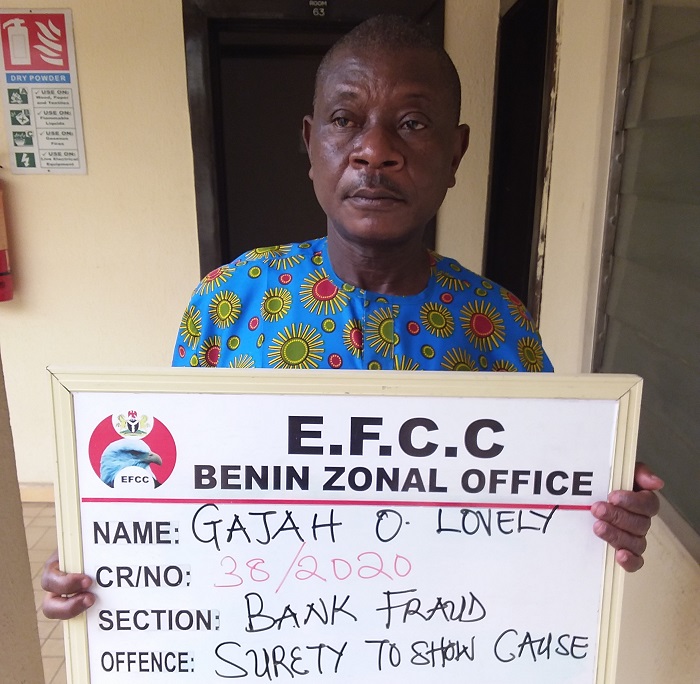 Lovely was arraigned on a two-count charge of conspiracy to pervert justice and failure to produce a suspect (Richman Pere) for whom he stood as surety.

One of the counts reads: “that you Gajah Omayulele Lovely on or about the 9th January 2021 whilst standing as surety to a suspect, one Richman Pere (at large) aided and abated his escape by refusing to produce him for arraignment before the Federal High Court, Benin and failing to cooperate with the Economic and Financial Crimes Commission in bringing him to custody and thereby committed an offence”.

The defendant pleaded ‘not guilty’ to the charge, prompting the prosecution counsel, Ibrahim Mohammed to ask the court for a trial date and to remand the defendant in prison custody.

Attempt by the defence counsel, Marta Imafu to move her application for bail was opposed by the prosecution counsel.

Justice Imadegbelo ordered that the defendant be remanded at the Correctional Centre and adjourned till March 17 for trial. 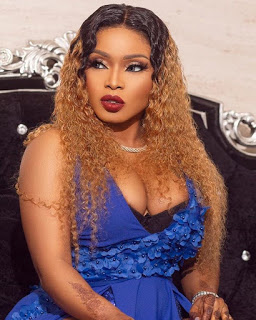 Nollywood actress, Halima Abubakar has shocked her followers with her recent action on social media.The beautiful mother of one has deleted...

Oppor! The People’s Democratic Party (PDP) has won all the chairmanship and councillorship positions in the March 6 Delta local government...