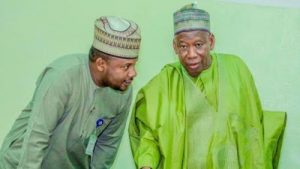 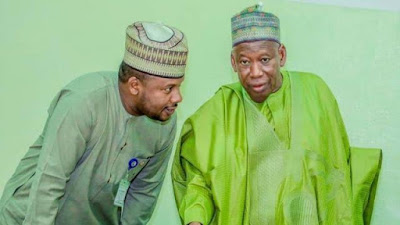 Yakasai had in a series of tweets on Friday in reaction to Friday abduction of about 317 female students of Government Girls Secondary School in Jangebe, Zamfara State, said the kidnappings had become too frequent.

The governor’s aide had also said if it was under another President’s watch that the abductions had happened, there would have been more outrage in the North.

He tweeted, “Clearly, we as APC government, at all levels, have failed Nigerians in the number one duty we were elected to do which is to secure lives and properties. Not a single day goes by without some sort of insecurity in this land. This is a shame! Deal with terrorists decisively or resign.

“Just last week it was #freekagaraboys, today we have a new hashtag #RescueJangebeGirls, who knows tomorrow what hashtag we will come up with? Perhaps one for ourselves when we get caught up in one of these daring attacks.

“This is sad and heartbreaking, I feel helpless and hopeless. “I completely agree. Hypocrisy is in our DNA. Imagine what’s happening in the North now under GEJ or OBJ, what you will hear is he’s the enemy of the North and Muslims, but here we are, being ravaged by all sorts of insecurity but no collective rage, sai useless lamentations. SMDH.”

However, barely hours after Yakasai’s viral tweets, it was learnt that he suddenly disappeared even as friends and relations began to panic.

Confirming his arrest, one of Ganduje’s aides on Twitter, @sadeqhenry tweeted, “Alhamdulillahi we just confirmed @dawisu is at DSS office.”