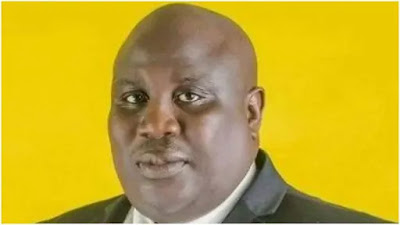 The police in Ogun State have arrested the Deputy Speaker of the Ogun State House of Assembly, Hon. Oludare Kadiri.

Kadiri was said to have been arrested on Friday over an alleged attack on some politicians in his constituency, Oru-Ijebu, Ijebu North Local Government Area of Ogun State.

Oyeyemi disclosed that Kadiri was arrested following a petition against him.

He was said to have led some thugs to the house of a constituent, beating him and vandalising his house.

“He was arrested because a case was reported against him by some people in his area. He was alleged to have led some thugs to attack one Honourable at Oru-Ijebu.

“The house of the Honourable was vandalised and some things were damaged there.

“During the APC registration exercise, he was alleged to have attacked a Supervisory Councillor in Oru-Ijebu and he led some people to beat up the man in the presence of the police.

“That’s why he was invited for questioning and we are investigating him,” Oyeyemi said on Friday evening.