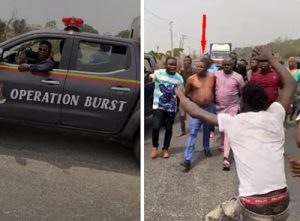 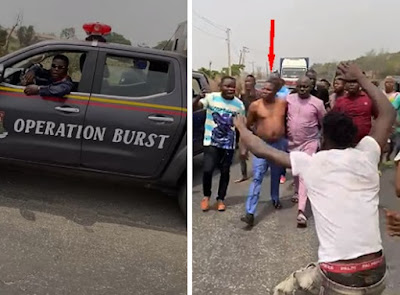 A renowned constitutional lawyer, Mike Ozekhome, SAN, has called on Yoruba rights activist, Sunday Adeyemo, better known as Sunday Igboho, to approach the court and seek protection from being arrested, waylaid or detained by the police or any other security agency in the country.

Ozekhome, who made this call in a statement on Saturday, condemned the attempt to arrest Igboho, who he described as the new face of the Yoruba struggle for self-determination.

Ozekhome said, ‘‘Sunday Igboho can approach a court of law under the Fundamental Rights Enforcement Procedure Rules and seek protection from being arrested, being waylaid, being detained and having his humanity degraded.

“He can go to court to seek his fundamental rights that he is entitled to freedom of movement, freedom of association and the right to move across Nigeria and any part that he wishes without let or hindrance.

Meanwhile, the Egbe Omo Oduduwa in Minnesota, United States of America has warned against the arrest of Igboho, in connection with his campaign against killer herdsmen in the South-West.

The President of Egbe Omo Oduduwa in Minnesota, US, Pastor Goke Odujole, said. “The government will be making the greatest mistake if they arrest Sunday Igboho. Sunday Igboho is not an individual, but a freedom fighter representing majority of the Yoruba people and a symbol to the hopelessness in the South-West.

“Majority of the Yoruba people are not happy with the current state of things in Nigeria, especially the insecurity, kidnappings, raping of our women, making farmers to abandon their farms.

“If they arrest him, it will be like pouring petrol into fire because there are many more Sunday Igbohos who will rise up. The Nigerian government should look inwards and address the reason why Sunday Igboho is standing up.”

Decrying the level of insecurity in the country, Odujole said things had got a point where individuals had to arrange for their own security rather than count on government, hence the emergence of Sunday Igboho.

“Everyone has a right to protect themselves. If they arrest Igboho, the repercussions will be unbearable. They should arrest the killers of Olufon of Ifon, Dr Fatai Aborode and many others,” he added.