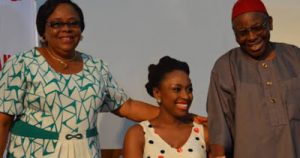 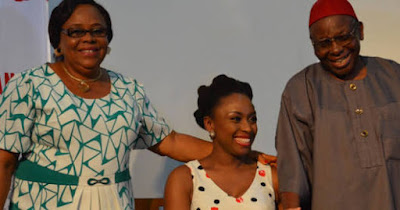 Sources close to the family confirmed the tragic news on Tuesday morning.

According to the sources, the 78-year-old breathed her last on Monday in Awka, Anambra state.

The circumstances surrounding her death were, however, not immediately disclosed.

While burial arrangements are being made, Ifeoma’s demise comes more than eight months after the author had lost James Adichie, her father, who died after a brief illness.

The ace novelist had last year narrated how her father’s death left her unsettled.

“Because loved my father so much, so fiercely, so tenderly, I always at the back of my mind feared this day. But he was in good health. I thought we had time,” she had written.

“I thought it wasn’t yet time. I have come undone. I have screamed, shouted, rolled on the floor, pounding things. I have shut down parts of myself.

“We are broken, bereft, holding on to one another, planning a burial in these COVID-scarred times. I’m stuck in the US, waiting. The Nigerian airports are closed. Everything is confusing, bewildering.

“Sleep is the only respite. On waking, the enormity, the finality, strikes – I will never see my father again. Never again. I crash and go under. The urge to run and run, to hide from this.”

The deceased couple are survived by six children: Ijeoma, Uchenna, Chuks, Okechukwu, Chimamanda and Kenechukwu; as well as nine grandchildren.