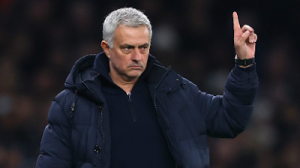 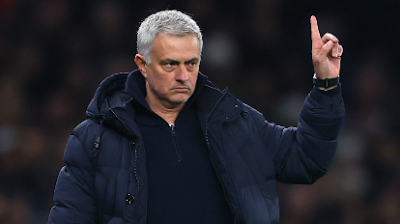 Tottenham Hotspur manager, Jose Mourinho, has blamed Real Madrid manager, Zinedine Zidane, for Gareth Bale’s poor start to the campaign and accused the Frenchman of not being patient with the winger.

Bale, 31, returned to Spurs last summer amid fanfare but his loan spell back at the club has not gone according to plan.

In the first half of the season, Mourinho became frustrated with not being able to fully utilise the winger, while injuries also delayed a return to form.

However, Bale is showing glimpses of his former self and put in a man of the match performance in the 4-0 win over Burnley, where he scored a brace and set up Harry Kane on Sunday.

Bale now has four goals and four assists in as many games.

When asked why it had taken the Welshman so long to get up to speed, Mourinho said: “Why for the past two years he had what he had in Madrid. Ask them.

“Maybe if they answer you, you can understand better why he took a while. Maybe being patient was the main reason for him to reach the level he showed in the last couple of weeks.”