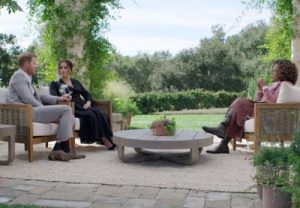 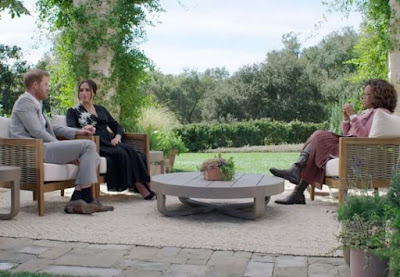 Prince Harry has likened his “unbelievably tough” split from the royal family to the experience of Diana, his late mother.

Diana separated from Prince Charles and was thereafter reportedly shunned by the royal family after their controversial break-up in 1996.

She would later die in 1997 after a car crash in Paris, France — a development Harry had consistently blamed on British media coverage.

Speaking in an interview with Oprah Winfrey alongside Meghan Markle, his wife, the Duke of Sussex said he “can’t imagine what it must have been like” for Diana to go through a similar experience.

The 39-year-old added that “my biggest concern was history repeating itself” — apparently referring to his late mum who died at age 36 while being pursued by the British press.

“I’m just really relieved and happy to be sitting here talking to you with my wife by my side,” Harry said in a clip of the interview.

“Because I can’t begin to imagine what it must have been like for her, going through this process by herself all those years ago. It has been unbelievably tough for the two of us, but at least we had each other.”

The interview, which is billed to air on March 7, is the first to be jointly attended by Harry and Meghan since they resigned from royal duties last year.

The much-awaited interview is expected to address several issues including their experience on the split from the royal family.