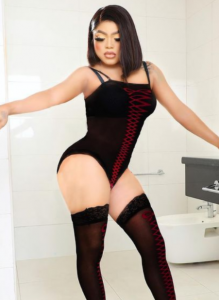 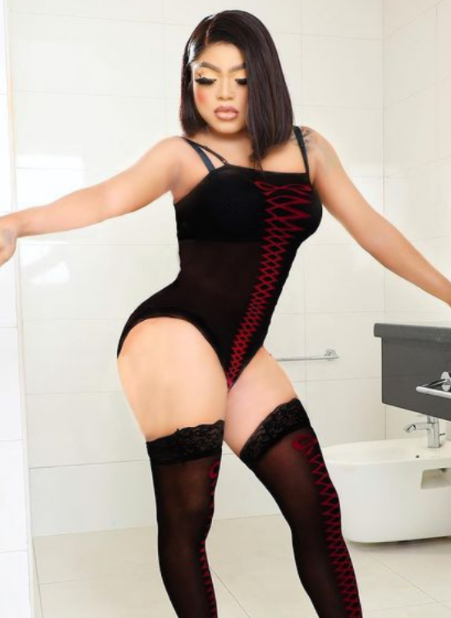 Nigerian crossdresser, Bobrisky has shared his plans to transform from a man to a woman.

According to a post he made, a surgery to change his gender will cost $33,400.

He shared a photo of a Belgian-born American transwoman model, Nikita Dragun, who underwent the surgery to become a woman and gushed over her body and revealed that he craves for such body.

Bobrisky noted that Nikita got his feminine body with money and now that he has money he will go for it and is certain that he will not die.

“He was once a guy, (DUDE) but money gave her body, breast, P**sy yeah. I have d money now !!!!! I want to look like dis so bad. she didn’t die during her own surgery, I know one thing for sure that I won’t die too” 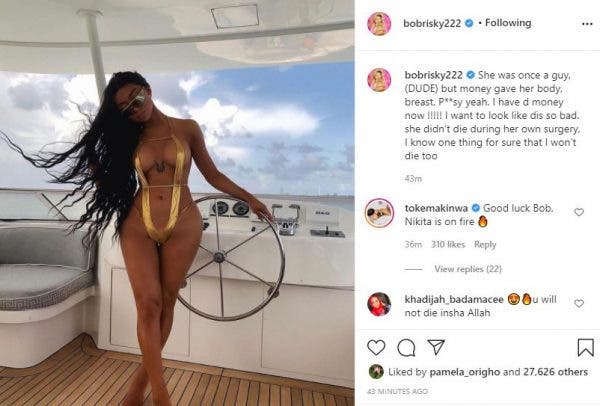