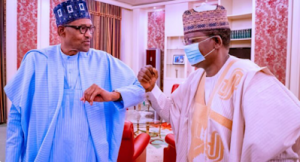 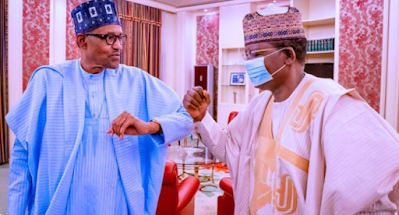 Zamfara State Governor, Bello Matawalle, says he accepts the “no fly zone” order of the regime of the President, Muhammadu Buhari.

“The decision of Mr President on the no-fly zone, I accept it and I agree with that…People don’t even know that Zamfara does not have an airport. So, the states that have airports and are encountering this kind of situation, what happens to them?” the governor asked.

Matawalle also expressed disappointment that the National Security Council did not consult him before pronouncing the no-fly zone order on the state.

The National Security Adviser, Major General Babagana Monguno (retd.), had on Tuesday said the President approved the declaration of Zamfara as a “no fly zone” as part of efforts to tackle the security challenges being witnessed in the state.

Monguno had also said the President approved the recommendation that mining activities in the state should stop immediately.

There have been unconfirmed reports that bandits get supply of firearms via their conspirators who deliver the arms through aircraft.

But speaking on Wednesday, the governor described such reports as a misinformation, challenging anyone who has an evidence to come forward with it.

“It is just misinformation and if anybody has that proof, he should prove it beyond reasonable doubt,” Matawalle added.

Though his party, the opposition Peoples Democratic Party, had faulted the pronouncement of the Federal Government, the governor said he was not intimidated by the no-fly order of the ruling All Progressives Congress government.

He said, “I am a parliamentarian, I was in the House of Reps for almost 12 years, I know what happened during (the) Obasanjo (era) when he declared state of emergency in Plateau State which was challenged and the Supreme Court reversed it.

“The emergency rule means that they shall put more security in the area so that they can flush out all the criminals.

“If the National Security Adviser thinks that he can do something about it, let all the states, all the northern states that are affected (by banditry) be put on emergency, All the governors will welcome that because all we need is how these bad elements can be flushed out.”