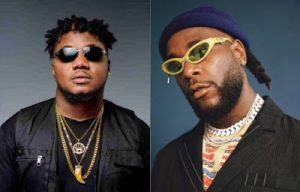 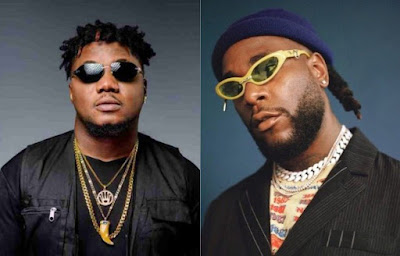 It was gathered that on Sunday evening, February 28th, Burna Boy and his crew were at Quilox, a classy club on Victoria Island, Lagos. Martins and his crew were also at the club that night. A fight then broke out between socialite, Rahman Jago who is a pal of Burna and another individual.

An angry CDQ, who was also at the club on the night, vented at Burna Boy on social media. He felt Burna Boy’s camp had disrespected Martins, a respected footballer.

However, on the night of March 1st, CDQ said he was at the club when a rift ensued with Burna Boy’s crew led by a guy named Richie.

As the issue became intense, CDQ alleged that he was stabbed by Burna Boy’s camp and left bloodied.

Upon hearing about CDQ’s maltreatment, his camp Invade the same club and a fresh fight ensued between Burna Boy’s camp and that of CDQ.

In a chat with Pulseng, CDQ said : “It was Burna and his squad, led by a guy named Richie who later got stabbed as well. I made sure that he bled. (My People) questioned Burna’s sanity to do this in Lagos; not Port Harcourt or London.”

In a video being circulated on social media, a deep cut is seen above CDQ’s left ear, from where blood flows profusely. CDQ’s white Inter Milan shirt has blood stains while a white towel is visibly seen, drenched in blood, presumably that of the ‘Say Baba’ rapper.

As at the moment of filing this report, Burna hasn’t reacted to the allegations.