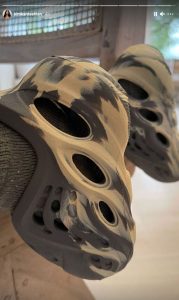 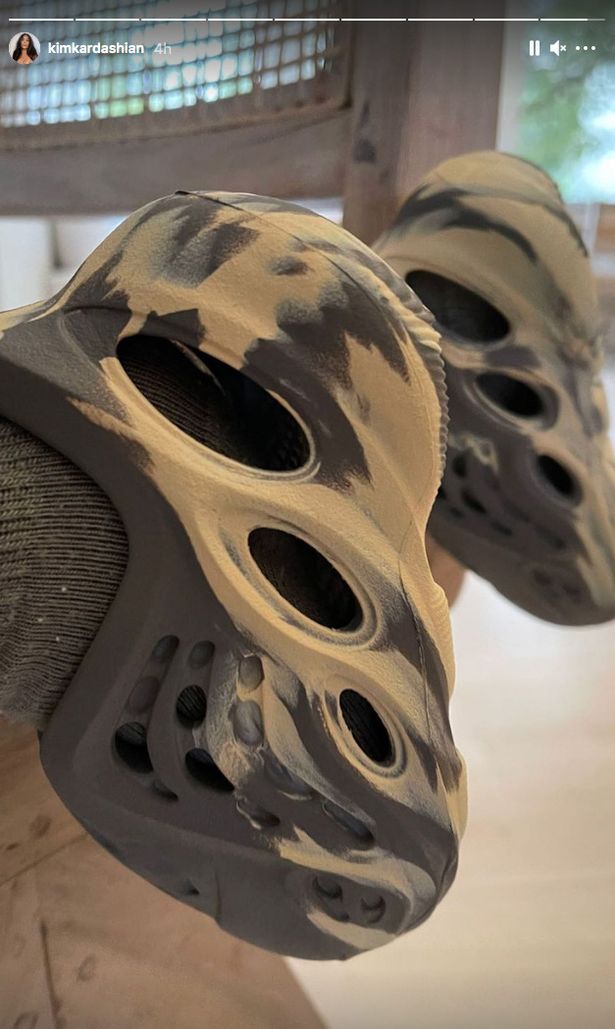 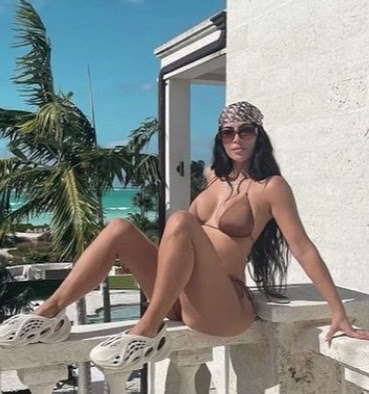 Kim Kardashian undoubtedly left fans in disbelief as she took to her Instagram story to reveal that she was wearing Kanye West’s brand of trainers.

The post was not a mistake as the 40-year-old showcased two up close and personal images of the unique shoe, in what appeared to be a bid to help flog the footwear.

In the silent post, the Keeping Up With The Kardashians star merely paraded the sneakers, no words were written or spoken, nor did she include a tag in the odd upload.

But it was clear enough from the footage which highlighted the unusual design of the rap star’s product that she had opted to wear the hitmakers Yeezy foam trainers.

It seemed the star may have been kicking back at home as she rocked silver socks to match the grey camouflage shoe, which is easily identifiable due to the large breathable and holey style.

On February 22 Kim filed for divorce from the Flashing Lights hitmaker, although their separation date is still not public knowledge.