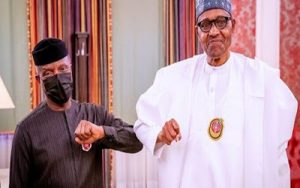 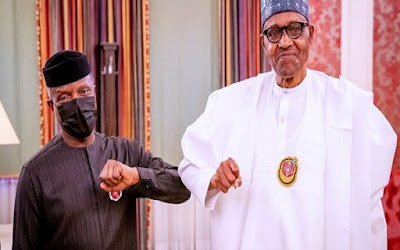 President Muhammadu Buhari and Vice President Yemi Osinbajo (SAN) will receive their COVID-19 vaccination on Saturday, a day after its roll out in the country on Friday.

This was disclosed to State House Correspondents on Thursday during the regular presidential briefing featuring the Ministry of Health.

Also scheduled to join him in receiving the vaccines is the Secretary to the Government of the Federation (SGF) and Chairman of the Presidential Task Force (PTF) on the COVID-19 pandemic, Mr. Boss Mustapha.

Speaking on the planned roll out of the vaccines, the Executive Director, National Primary Health Care Development Agency, Dr. Faisal Shuaib said the President and the other senior administration officials would publicly take vaccines to increase public confidence in it and overcome vaccine hesitancy.

He said study revealed that only about 50% of Nigerians say they would definitely take the vaccines, making it imperative to demonstrate that the safe and effective.

He said after launch of the roll out of the vaccines on Friday at the National Hospital, Abuja, priority would be given to frontline workers in the health sector.

He said the second group would be the elderly and the vulnerable before people who have no propensity to get the infection, would be considered.