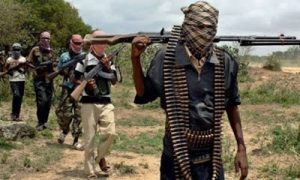 Shehu, who disclosed this in an interview with the BBC, said the president directed a clampdown on bandits who have refused to surrender.

On the efforts being made to rid Zamfara and other northern states of bandits, Shehu said the government is resorting to lethal force.

“The president has ordered security forces to go into the bushes and shoot whoever they see with sophisticated weapons like AK-47,” he said in the interview.

“He ordered that whoever is seen with terrible weapons at all should be shot immediately.”