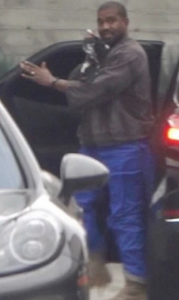 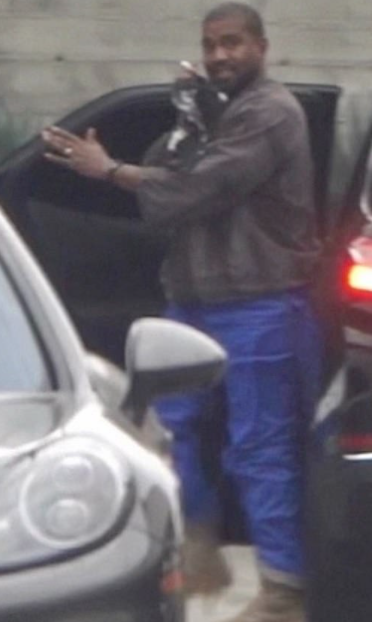 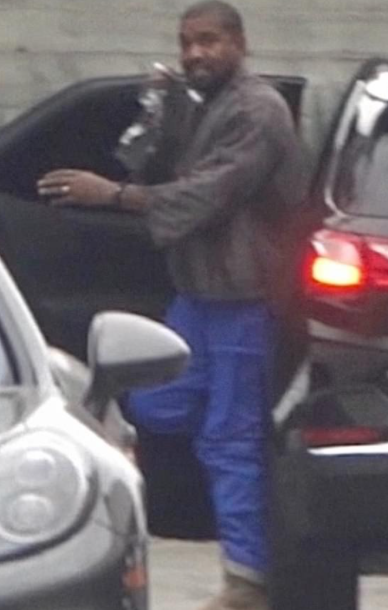 Kanye West has kept a low profile since his wife of seven years Kim Kardashian filed for divorce a mere weeks ago.

But on Thursday the rapper, 43, who has reportedly been ‘sad’ about the marital failure, was spotted arriving at his Calabasas office still wearing his wedding ring.

West seemed to flash a smile as he got out of his vehicle, just a day after it was reported that Kim was set to remain living at their $60M Hidden Hills estate, as they prepare to divide assets.

West appeared to be decked out in his Yeezy line sporting brown combat boots and blue pants with a dark grey shirt.

He flashed a ring on his left hand while closing his car door, seemingly still clinging on to the marriage despite the divorce proceedings, though no date of separation was listed on the papers.

A source told ET that ‘Kanye has hope that they will reconcile, but he is not expecting that in the immediate future,’ with the insider sharing that though Kim still has love for him ‘she is happy to see that chapter close.’

Sources said that after Kim filed West was ‘not doing well,’ and was trying to keep himself distracted with work, after he had publicly gushed over Kim throughout the years calling her his ‘dream girl.’

It has been said that she had held off as long as possible with regards to filing, but was ‘done’ with him and is now taking things regarding their relationship ‘day by day.’

She requested joint physical and legal custody over their four kids North, seven, Saint, five, Chicago, three and Psalm, one, as they continue to make decisions in the best interest of their offspring.