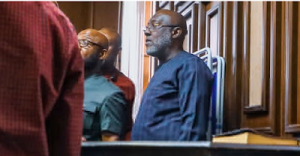 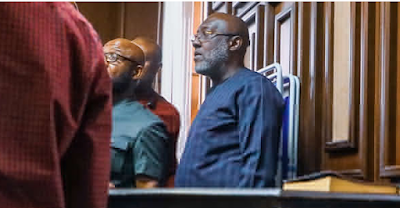 Olisa Metuh, former spokesman of the Peoples Democratic Party, PDP, has urged Southeast leaders to look for ways of addressing the agitation of the Indigenous People of Biafra, IPOB.

Metuh made the call while noting that most people of the Southeast identify with IPOB’s agitation.

In a statement he signed, the former PDP spokesman said: “Truth be told, the majority of Igbos identify with the angst underlying the IPOB agitation.

“I have witnessed first hand, the strong affinity of the majority of the Igbos to the fundamental sentiments and anxieties behind the IPOB agitations.

“I earnestly plead with our elders and the elected leaders of my people to work out ways and means of addressing the IPOB issue.”

IPOB under the leadership of Nnamdi Kanu has been agitating for the creation of Biafra.

The group anchored their agitation on the basis of alleged marginalization of the Southeast.