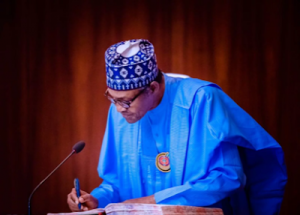 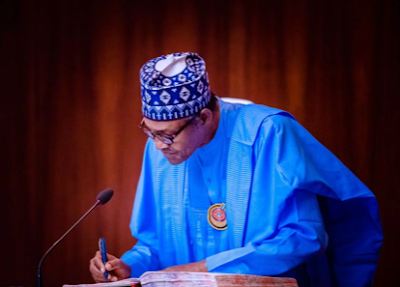 President Muhammadu Buhari, on Monday, requested the Senate to confirm the nomination of Ahmad Shaba Halilu as the substantive Director General of the National Space Research and Development Agency, NASRDA.

According to his spokesman, Garb Shehu, President Buhari has sent a letter request to the President of the Senate, Ahmad Ibrahim Lawan.

Dr Halilu was until his nomination, the acting Director General of the agency after being the Director in charge of Strategic Space Applications in the same organisation from 2009 to 2019.

He has participated in workshops and conferences on Global Climate Change, Environmental Pollution and Food Security; Future Earth Observation Satellite Programmes and Geospatial Information Management; and Geospatial Technologies for Economic Diversification among others.

He previously worked at the National Population Commission, Federal University of Technology, Minna and the National Emergency Management Agency, NEMA.