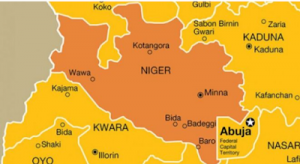 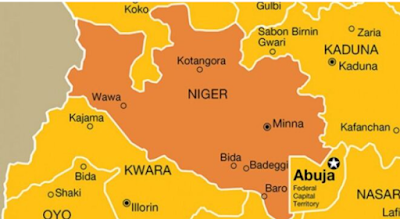 Armed bandits have reportedly abducted 19 people during an attack in Kutunku village in Wushishi LGA of Niger state.

It was gathered that the bandits invaded the village at around 1am on Monday, and operated for at least two hours.

Two residents confirmed the attack, with one saying the bandits trekked back to the bush where they parked their motorcycles.

The incident is the latest of incessant attacks by bandits in Niger, a trend that became more prominent after they abducted dozens of schoolchildren in Rafi LGA.

“It was during the night that they entered our village and packed our people. They were many that attacked us and they packed 19 people, including six women,” he said

“They were walking on foot and where they took the people (abducted) was up to 10 kilometres to the main road where they kept their vehicles.

“We could not call the police; it was in the night and everybody was deciding for his own life. They are saying they will come back today.”

He added that most of the women and children have left the village over fear of the next attack.

“Those remaining here are just men, but the children and women have left,” he added.

Another resident, who declined to give his name, confirmed the attack, and added that the village is also mobilising the local vigilante “to go after the kidnappers in the bushes”.