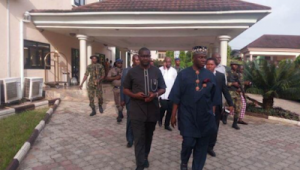 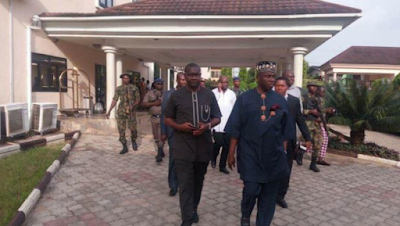 Magnus Abe, a former senator and chieftain of the All Progressives Congress (APC), says the dispute between him and Rotimi Amaechi, minister of transportation, is not personal.

The duo had been entangled in a leadership tussle over the control of the Rivers APC apparatus.

The tussle between the Amaechi and Abe-led factions led to the disqualification of the party from the 2019 governorship election in the state.

However, last Friday, Amaechi’s faction triumphed as the supreme court affirmed the sack of Igo Aguma — a loyalist of Abe — as the caretaker committee chairman of Rivers APC.

The ruling means that Isaac Ogbobula, an Amaechi loyalist, is the authentic caretaker committee chairman of the party.

Speaking on the issue, Abe, on Monday, said he does not have to be friends with Amaechi, but it’s in the interest of the party for them to work together.

“It is not a personal dispute between me and the former governor and minister of transport. What I’m saying is that as members of the party, we have our rights and entitlements and if those rights and entitlement are respected in the scheme of things, the party can move forward,” Abe said when he featured on ‘Politics Today’, a Channels Television programme.

“There is nowhere in the world where every politician in a political party must be a friend to every other politician before the party can run its business.”

The former senator said the crisis in the Rivers APC appears “intractable” because politicians in the party refused to decamp when they did not agree with the decisions in the party.

“Part of what has made the crisis in Rivers state intractable is that we have simply refused to do what politicians do. Anytime you are in a party and you disagree with what is going on in the party, you simply pack your bags and move on to the next party,” he said.

He noted that the APC is not a mere political party but an idea conceived to better the lives of Nigerians.